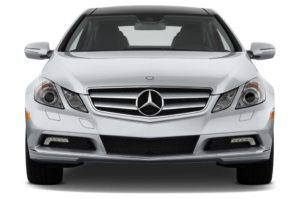 Do you know why we drive right-hand cars on the left?

We’ve been driving on the left in the UK since long before the car. What’s up? Your left hand – your sword hand – is ready to make a defensive stab if need be. Then again, it might have been lawless back then. Just like a castle staircase spirals left as you go down; you’re easier to stab downwards with a right hand.

Cars were driven on the left of the road in Roman times, and the soldiers marched on the left too. With Rome’s influence, this norm spread all over the world. It was because of this history that horse-drawn carriages were legally allowed to be driven on the left in the 19th century, and drivers sat on the right to see oncoming traffic better. Many countries have adopted a keep right policy since it’s hard to judge oncoming UK traffic.

Here in the UK, collectible classics and supercars that have the wheel on the left hand side are less valuable, and classic car dealers stock fewer LHD cars because they’re less in demand.

There should be a big difference in price between LHD and RHD cars in the UK – but they don’t always happen.

Outside the UK, LHD is really big. There’s no question that LHD is a bigger market than RHD in terms of sheer volume, but the RHD market is rarer because so few were made. I know it’s hard to sell a car privately from the UK to another market. Check how to buy lhd car here.

The UK has been getting lots of left hand drive classics from Europe because their home markets aren’t as strong. We buy left hand drive cars is the UK’s leading lhd car sellers at present and work alongside all smaller firms.

How to Sell left hand drive cars in the UK?

You should make sure the headlights are pointing right. To keep oncoming traffic from being blinded by headlights, cars have offset headlights. For left-hand drive cars, headlamp adapters are needed to drive in Europe just like UK cars need stickers to go abroad. You might have to pay a fine and your insurance could be canceled if you don’t meet them.

Be aware that you’ll be positioned further from the center of the road when you’re driving. Thus, it’s important not to drift too far right, especially if you’re used to driving a right-hand drive car. Being on the left also makes it harder to see oncoming traffic, so be extra cautious when overtaking. In countries where kilometers-per-hour is the speedometer, you’ll need to know your conversion rates so you don’t go over the speed limit.